Plano Marine presents The Fishers of Men National Tournament Trail, a nonprofit, nondenominational ministry whose mission is: To introduce Jesus to fishermen and their families and to invite them into a relationship with Him, through bass fishing tournaments.

Fishers of Men believe that Jesus Christ is the Son of the Living God, that he came and died on a cross for the remission of our sins and rose again on the third day. And that anyone who believes in Him and accepts Him as their personal savior, can have eternal life in Heaven as well as a life more abundant while here in this life.

Hundreds of people have made first time decisions to follow Jesus and hundreds more have renewed their commitments to Him at our meetings.

What began in 1998 as a small four division tournament trail with a total of 21 events through the first season has now grown into one of the largest fishing tournament organizations in the country. During the 2012 season, 44 team tournament divisions and 34 legacy divisions combined for over 300 tournament events.

A divisional tournament event consists of a professionally ran fishing tournament on Saturday preceded by a meeting on Friday evening. At the Friday meeting, anglers are treated to a meal, tournament details, and door prizes. But most importantly they will hear a gospel message and offered the opportunity to accept Jesus into their life.

All of the tournaments are team events, with each team consisting of two members. Legacy division teams are also two person teams. However, a legacy team is made up of one member who is 19 or older, and one member who is under 19.

Membership is open to anyone without regard to religion, gender, age, or race. 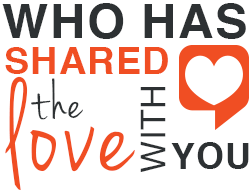