Vote For Us!
Campaign For Us!
Who voted for Erik Maitland - KWQC 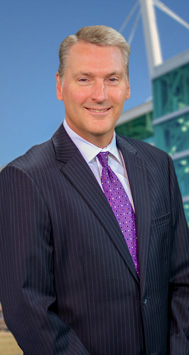 Erik KWQC after spending 4 years in the city where he grew up. From early 2007 to March of 2011 Erik was the weekend meteorologist at KMSP-TV in Minneapolis.  Before that, he spent 13 years here at KWQC.  Erik is thrilled to be back in the QCA, where his wife and children were all born.

Erik studied Meteorology and Broadcasting at Arizona State University and is a proud Sun Devil. Outside of his first year forecasting in the desert at KPNX in Phoenix, Erik has had a Midwestern career with stops in Traverse City, Michigan and Mason City, Iowa. Growing up in Minnesota Erik is a HUGE hockey fan and loves to follow the Mallards. In the warmer months you'll find him at as many River Bandits games as he can fit in. When he's actually participating in sports he's either playing golf or running. Erik has 3 Quad Cities Marathons under his belt and 6 Bix 7s. Other outdoor endeavors include doing anything from flying kites to road-tripping. Don't be surprised if Erik drives in to your town on any given weekend in his pride and joy: a red 1987 Porsche 924S He calls “The Chili Pepper”.