Vote For Us!
Campaign For Us!
Who voted for El Conquistador

FREE Small Queso with the purchase of any entree 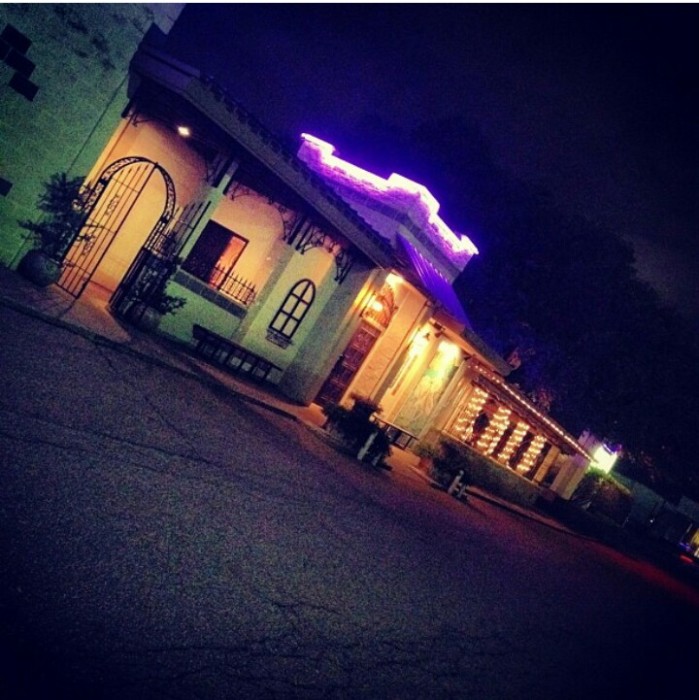 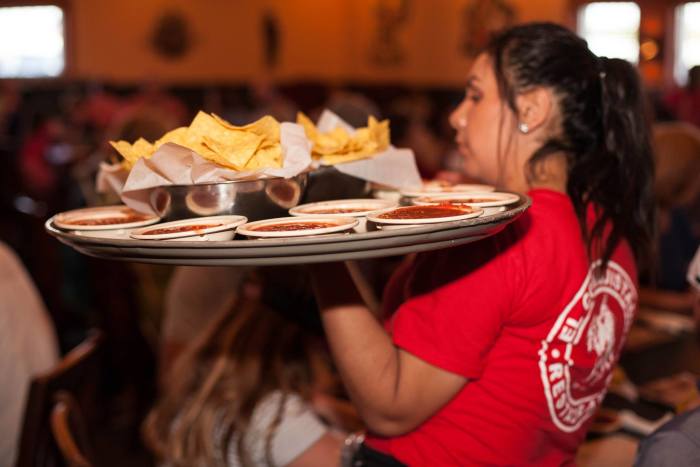 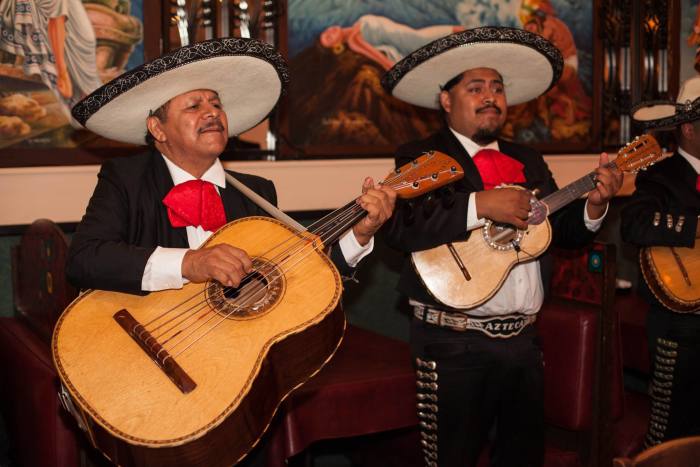 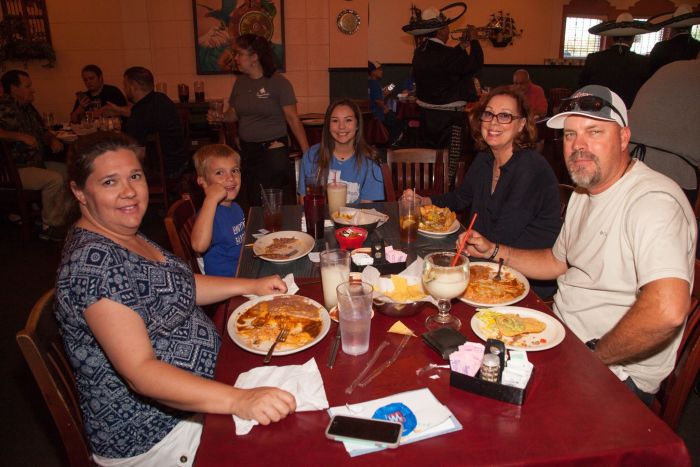 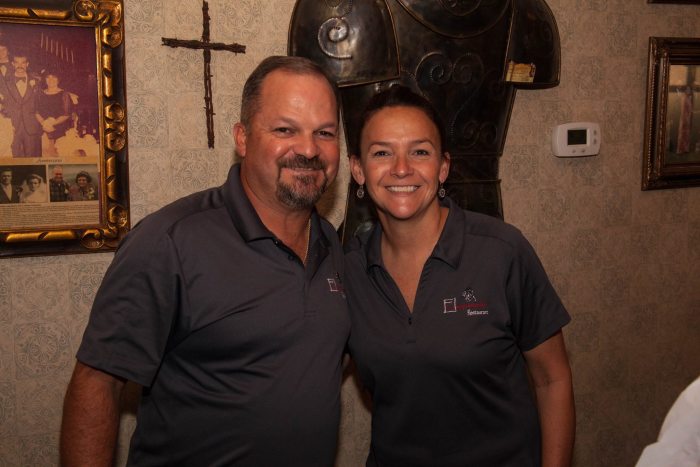 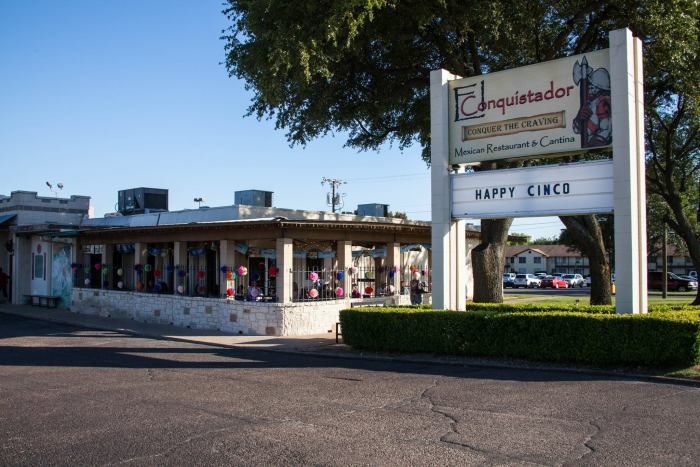 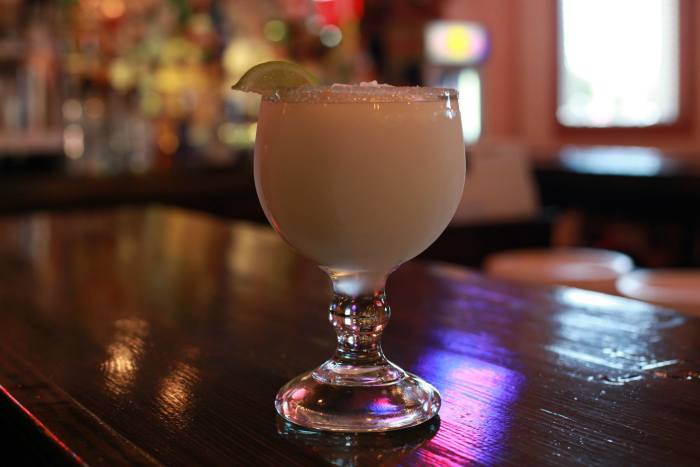 A FAMILY LEGACY AT 'EL CON'

At some restaurants, you walk in the door and truly feel the welcome of family.  El Conquistador, which began in Waco in 1969, has perfected a balance of quick, hard-working service with a welcome of genuine and lasting warmth.  The three El Conquistador restaurants - in Waco, Bellmead, and Hilsboro - are run by a simpatico team of brothers and sisters who inherited the Gonzalez family values from their restauranteur parents.
"Our father's father worked in meatpacking in Mexico," says Teodulo Jr., his father's namesake but known to family, friends, and customers simply as Teddy.  He is the easygoing presence at the front counter of the restaurant at Waco Drive and New Road.

"When Dad came here from Mexico, he started working for a meatpacker in Dallas.  He was working and living there during the time when President Kennedy was shot."
Teodulo Sr., took a night job on top of his daytime meatpacking work by waiting tables at El Chico in Dallas.  "He started doing whatever the restaurant needed, until eventually they made him assistant manager," Teddy Jr., said.  "Then they transferred him to Waco to manage the El Chico here."
That was in 1967.  Teodulo Sr. had dreams of owning his own restaurant.

In 1969, he made it a reality by opening the first El Conquistador - only that wasn't the original name.
"He called it Ted's Midway Cafe," says Teddy Jr.'s sibling Carmen, yet another of the 10 Gonzalez siblings.  The others are Jose; Juan, nicknamed Johnny; Rosaura, known as Rosie; Ricardo, known as Richard; Guillermo, known as Willie; Raul, nicknamed Dooley; Veronica and David round out the set.
Nearly all work in the business, though some have other ventures and careers - even restaurants - as well.

At the café, located in the shopping plaza that today is beside the Woodway CVS store, the siblings grew up helping their parents serve breakfasts and plate lunches to Midway high schoolers and area workers and residents.
"My parents built the business together in Woodway," Carmen said.  "It was here that they developed many of the recipes we still use today.  The chili con carne, for example, that's still a secret that only the brothers know.  They mix the spices, then turn it over to the cooks to complete."
Many of El Conquistador's current customers remember the Gonzalez siblings from those days.  "They'll come in and say, 'I remember when you were standing on a stepstool to reach the cash register,'" Teddy said, laughing.

In 1976, the family moved the restaurant next to Ritchie's Western Wear in Waco, across the street from its current location, and changed the name.  It's been in the current locale since 1997; it can seat more than 300 and offers a full bar.
The atmosphere here is mellow, even at the height of a Friday lunch crowd.  Amber wrought-iron chandeliers cast a warm glow on Native American triptychs and suits of Spanish armor.  Servers, some of whom have been with the restaurant for decades, hustle sizzling fajitas, crisp taco salads, and El Conquistador's popular chicken enchiladas out in record time as the tables fill.

Teddy empbhasizes that many customers come for El Conquistador's American dishes, as well.  Chicken-fried steak and thick burgers leave the kitchen almost as often as carne asada and quesadillas.
Over giant, warm, fluffy sopapillas rendered sweet by generous dollops of honey, Carmen and her brother Teddy discuss their father's U.S. Army career, his dedication to the restaurant and its legacy today,  The children strive to provide the same kind of welcome their father offered unstintingly to every customer.

"You are family if you come here," Carmen said.  "We have sometimes the third or fourth generations of our original customers coming here now.  People who've been out of town for a while and come back, they come here first, and they say, 'I've got to get my El Con fix'" she added with a laugh.
"I honestly think it's odd that, as long as we've been here, we still sometimes have people coming in who say they didn't realize we were here," Teddy said.
"People do get in routines; we're all that way.  Then when something encourages you to break your routine, or reminds you of a place you used to love, and you try it, you say to yourself, 'I have to do this again.'  It's great to welcome new customers that way."

He notes that many regular customers come on a preferred night: "They're my Monday people, or my Thursday people - all the days of the week, though Friday is more of a mix.  It is like welcoming family."
Asked about the challenges and the joys that come with working so closely with family, Carmen and Teddy are frank.
"The hours can be tough," Teddy said, "but that's another advantage of family.  We can space ourselves out, work with each other.  I try to work the same hours always so that I see my same customers all the time.  And they bring their friends, which we love."

Carmen added that she appreciates having a family business.  "It was the best kind of teaching you could ever have, growing up in the restaurant business," she said.  "We were raised very closely knit,  To this day, not one of us lives more than 30 minutes away from our parents.  We are all there for each other."
Teddy said their customers make El Conquistador a success.  "We would not be what we are without the support of our customers," he said.  "We want to thank Waco."

THANK YOU WACO AND SURROUNDING AREAS