Vote For Us!
Campaign For Us!
Who voted for A&A Pagliai's Pizza 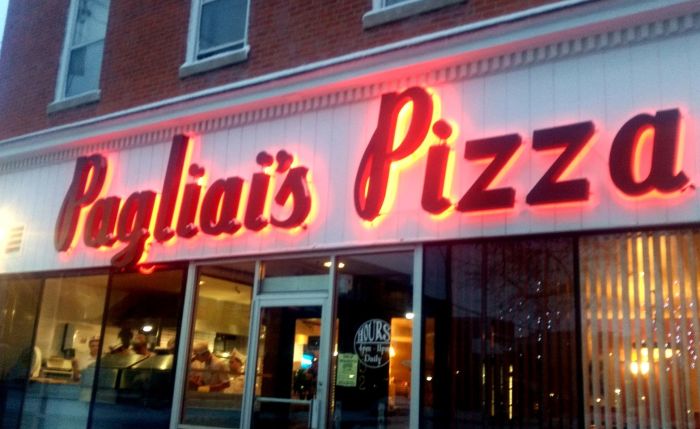 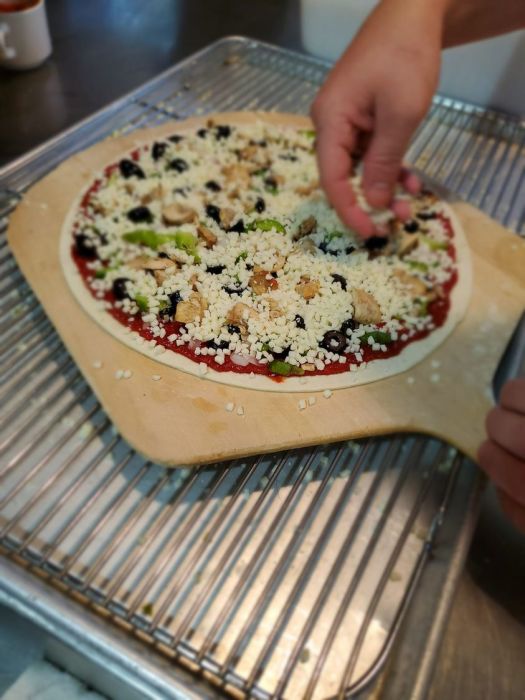 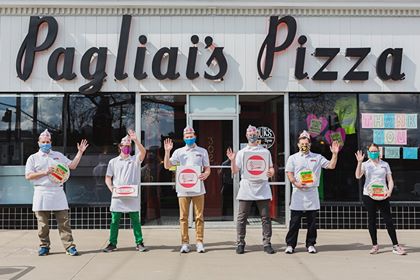 It’s 1914 and John and Katrina Pagliai leave their native home in Northern Italy to seek a better life in the New World. Their journey takes them across the Atlantic Ocean to the small mining town of Zookspur, Iowa.

​Even though their new life in Iowa was filled with promise, they often craved the crisp dough; savory tomato sauces and spicy sausages of their homeland. Fortunately for them, and future generations of Iowans, they had committed to memory their family recipes and were able to authentically duplicate them in their adopted home.

​Little did Mama and Papa Pagliai know they, through the entrepreneurial energy of their children, would be responsible for introducing pizza to Central Iowa. In 1953, son Sam served the first Pagliai’s pizzas to the crowd at his neighborhood bar in Ames. The round doughy “tomato tarts” were considered an exotic oddity, but it took little coaxing for patrons to dig in, enjoy and come back for more. Gradually, the word-of-mouth buzz brought increasing crowds and the bar soon gained restaurant status.

​In 1957 the popularity of the pizzas led to the opening of the first official Pagliai’s Pizza Restaurant in Ames’ Campus Town. It was called The Pizza House. Sam and brother Armond simply treated the customers as they wished to be treated, and this winning formula of fresh, authentic Italian food and good service was the foundation of what is now Pagliai’s Pizza.

We support buying local and believe in giving back to our community. Stop by soon and enjoy our pizza!

We have the best pizza around and an atmosphere to match. Try us and you'll be convinced! Our pizza is award winning and time-tested. 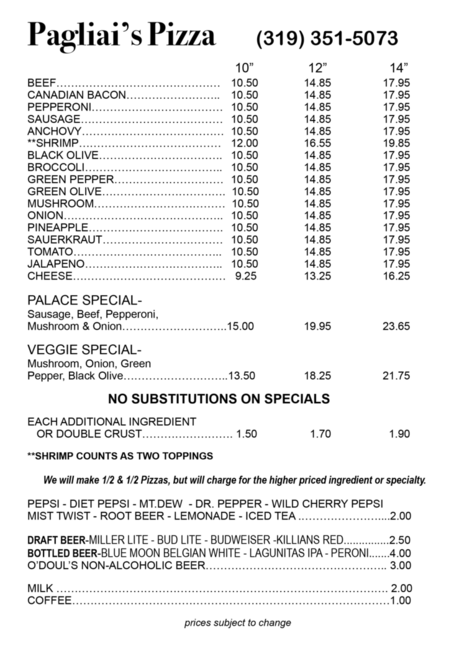